Launch of the year Bernadette in Lourdes

Lourdes launches the year Bernadette. The year 2019 celebrates the 175th anniversary of the birth of Bernadette Soubirous and the 140th of her death. These events are an opportunity to deepen her testimony of life and to listen to her spiritual Testament. Throughout this year, many initiatives are being carried out in this direction. 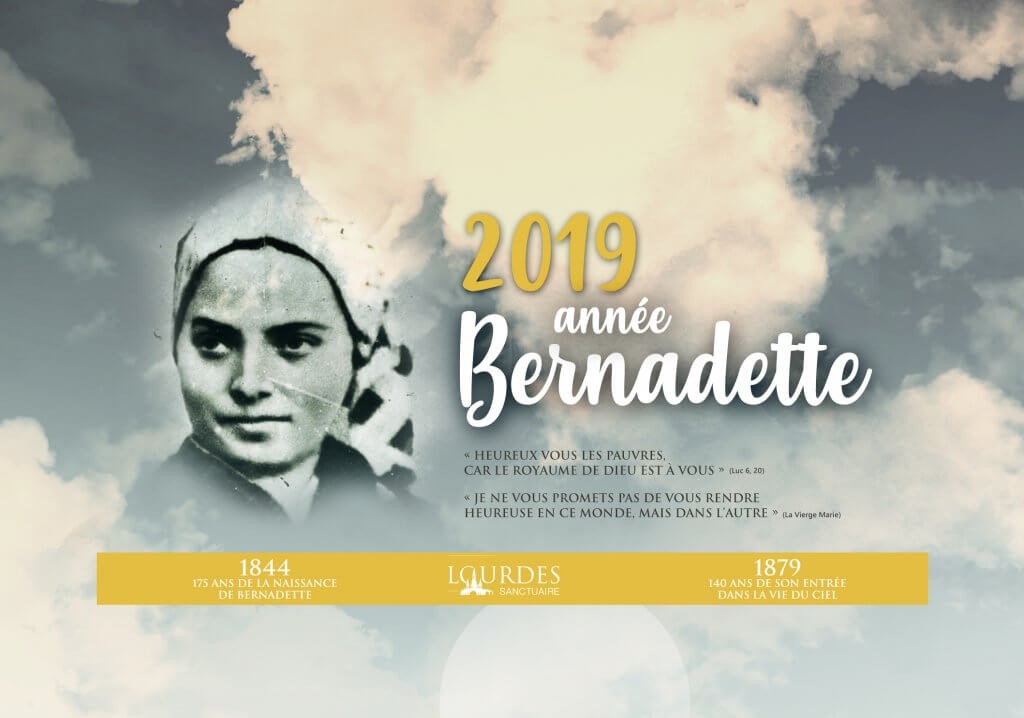 The days of Lourdes, organized in the sanctuary from 8 to 11 February, brought together the organizers of pilgrimages, the hospitalities, the dioceses, the tourism professionals and all those who want to live the year Bernadette, who celebrates the anniversary of her birth (175 years) and her death (140 years).

Feast of Our Lady of Lourdes: February 11, anniversary of the first appearance of Mary to Bernadette Soubirous and World Day of the Sick.

It is on this day of the solemnity of our Lady of Lourdes that St. John Paul II instituted, in 1993, the first world day of the sick. This year, for its twenty-seventh edition, Pope Francis publishes a message in which he urges all women and men of goodwill to a renewed commitment to the service of those who suffer. " Generous hearts, "as the Holy Father appoints them, who come so many to Lourdes every year.

On Thursday, February 11, 1858, Bernadette goes to the place called Massabielle, accompanied by her sister and a friend, to pick up bones and dead wood. Removing her stockings to cross the stream and going into the cave, she hears a sound that resembled a gust, she looks up to the cave: "I saw a lady dressed in white: she wore a white robe, a white veil also, a blue belt and a yellow rose on each foot." Bernadette makes the sign of the cross and recites the Rosary with the Lady. The prayer is over, the Lady disappears abruptly. This was the first of the 18 encounters between Bernadette and “The Lady”, which will be officially recognized 4 years later: "We judge that the Immaculate Mary, mother of God, actually appeared to Bernadette Soubirous on February 11, 1858 and the following days, eighteen times, in the cave of Massabielle, near the City of Lourdes. " (Excerpt from Mgr Laurence's Mandement, published on 18 January 1862.)