After the "The Wealth of the Years" Congress in Rome

The members of Life Ascending International had an appointment in Rome from 29 to 31 January, invited by the Dicastery for the Laity, the Family and Life to attend the International Congress of pastoral care for the    elderly "The Wealth of the Years".  lAI members from Belgium (French and Dutch speaking), Spain  (in large numbers), France, Great Britain, Portugal, Romania, Switzerland but also from Canada, Argentina, Uganda, Tanzania, Senegal, the Democratic Republic of Congo, the Dominican Republic and even Japan were present.

Welcoming the participants of this Congress from five continents in large numbers, including bishops and priests, Philip Pullella, Vaticanist, Head of Service of Reuters welcomed Cardinal Kevin Farrell, prefect of the Dicastery, as a guest of honour.

"This is a great sign that we have sent to the Episcopal Conferences and which has been well received," he said. “The decision to create a Pastoral of elders comes from our obligation to spiritually accompany the elderly in this period of their lives: we are convinced that there is a true mission for the Universal Church. Listen is what the Holy Father says, who speaks of the "Pastoral of the Ears", listen to the signs of time, the magisterium and our experiences. “

The interventions that followed during these days with a very rich program, will be repeated in a newsletter entirely dedicated to the event that lai will address to you soon. Themes for which simultaneous translation was planned into English, French, Spanish and Portuguese were:

Towards a pastoral care of the elderly, an intervention in which Gabriella Gambino, undersecretary of the Dicastery, spoke. Referring to the needs that have not yet been answered, she said that rarely exists in the world a Pastoral of the elderly but that "the  Church wants to listen to the cry of the voiceless, of those who cannot be heard." She has committed us to continue the initiatives whose milestones are set with a few lines of work:

Father Alexandre Awi Mello, secretary of the Dicastery, thanked all the speakers and introduced the 30 members who work at the Dicastery.

"A new chapter of the Pastoral of the Elderly Children begins, it's up to you to work on it."

The Congress ended on 31 January with a Holy Mass celebrated at St. Peter's Basilica by Cardinal Kevin Farrell surrounded by the many bishops and priests present, including LAI's ecclesiastical assistant, Mgr. Maupu and the spiritual advisors of the Movement.

We also had the great honour and joy of having a special audience with Pope Francis who personally greeted each of the participants (about 600). The terms of his speech to the participants will also be communicated to you.

The following days  (February 1-3)  were devoted to the VMI Steering Committee, which will also be reported to you later, but before their departure, the President, Monique Bodhuin, had invited  all LAI participants for a time of exchange on the impressions and perspectives that each was able to draw from the Congress.

Prayer for the elderly resonated in several languages and several echoes in the walls of the Centro Congressi "Augustinianum".

You who gave us life by making it shine with your divine reflection,

You reserve a special gift for the elderly who enjoy a long life.

We entrust them to you to dedicate them to You:

make them witnesses of the Gospel values

and pious guardians of Christian traditions.

Protect them and preserve their spirit with Your benevolent glance and your mercy.

Reassure them of Your loyalty, and make them messengers of Your love

and humble apostles of your forgiveness,

welcoming arms and sources of life for children

and young people looking into their grandparents

sure guides in their pilgrimage to eternal life.

Make us able to give them love, care and respect

that they deserve in our families and in our communities.

And grant each of us the blessing of a long life

so that one day we may unite with You in heaven

You who live and reign in love for centuries of centuries 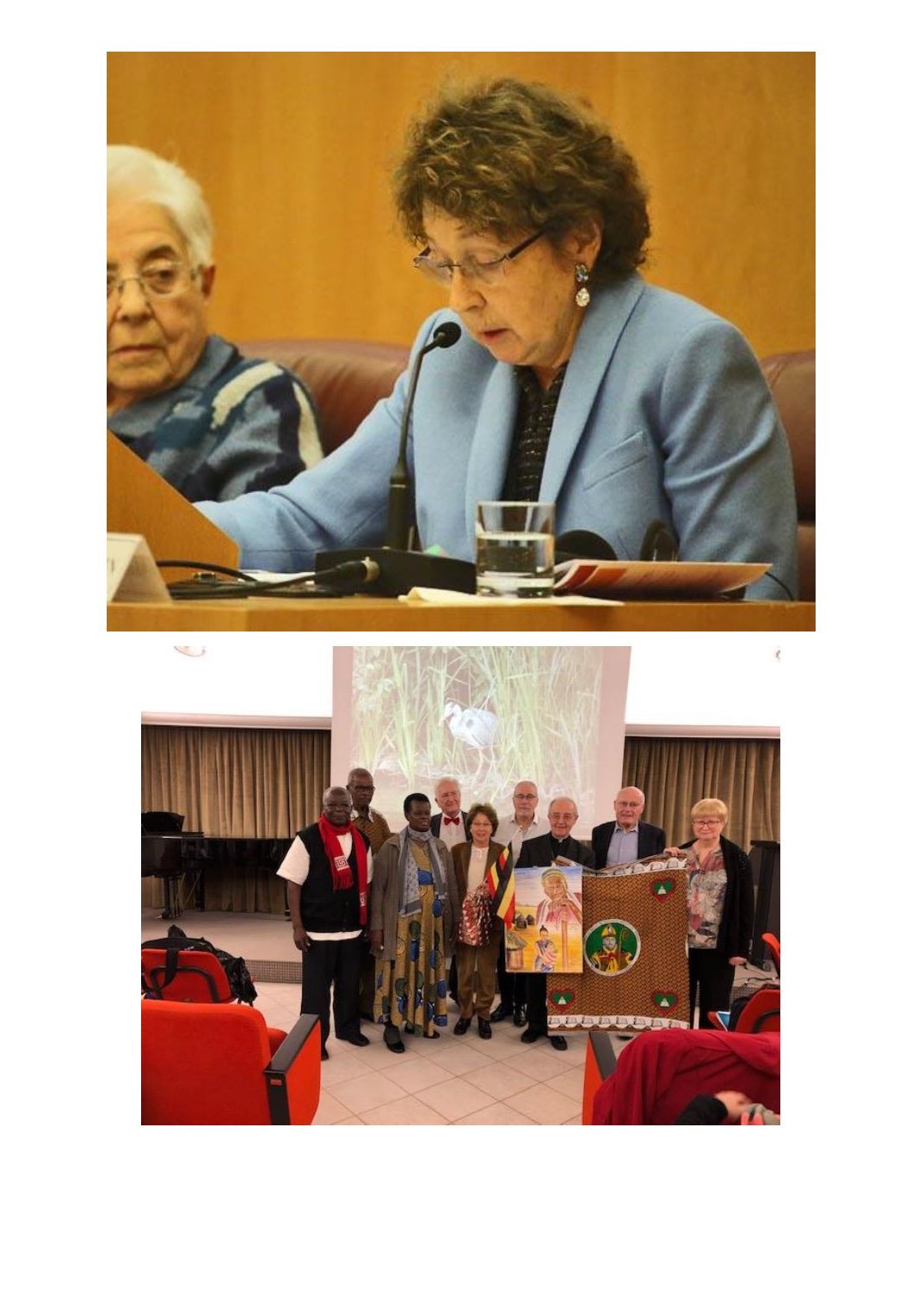 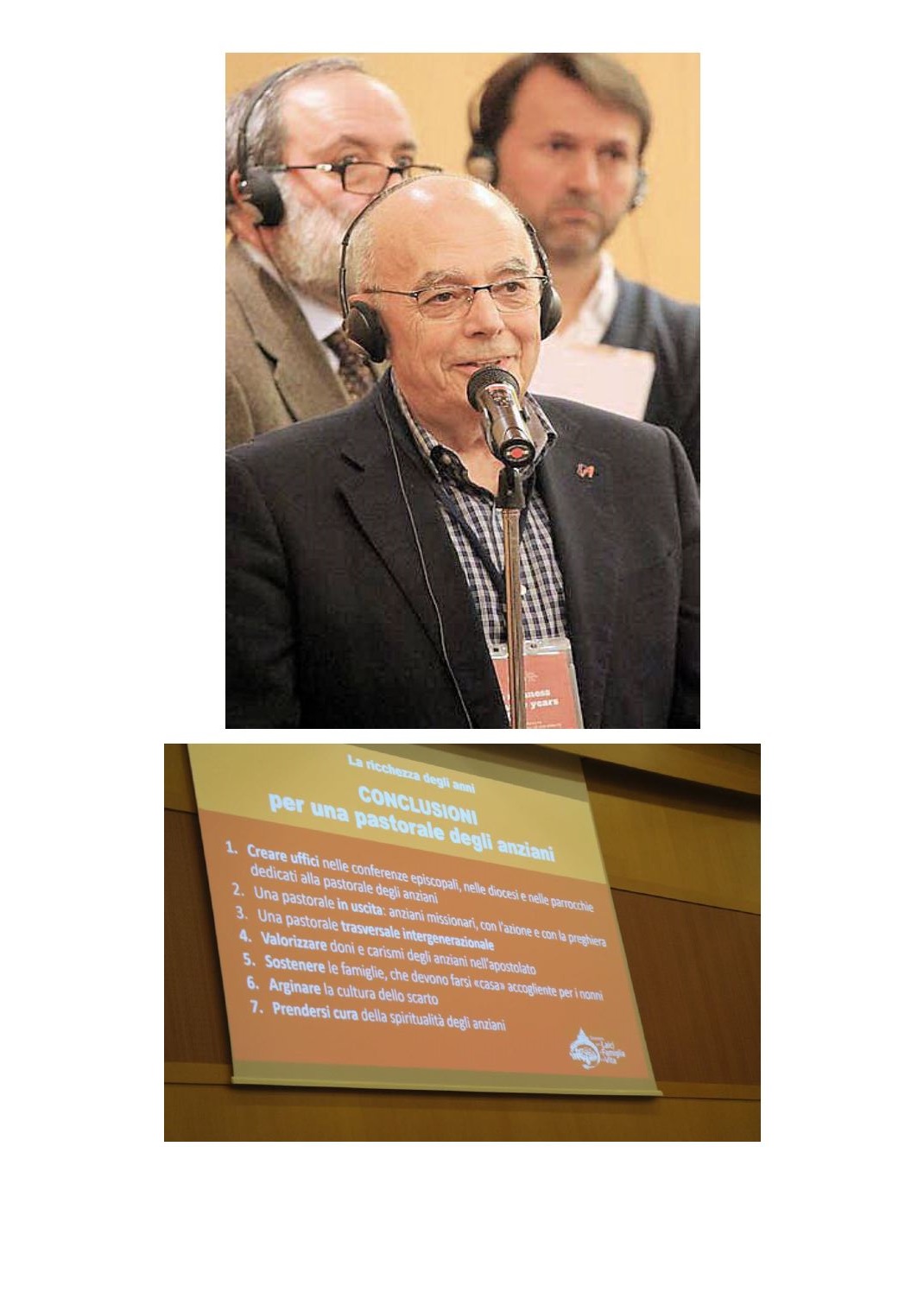 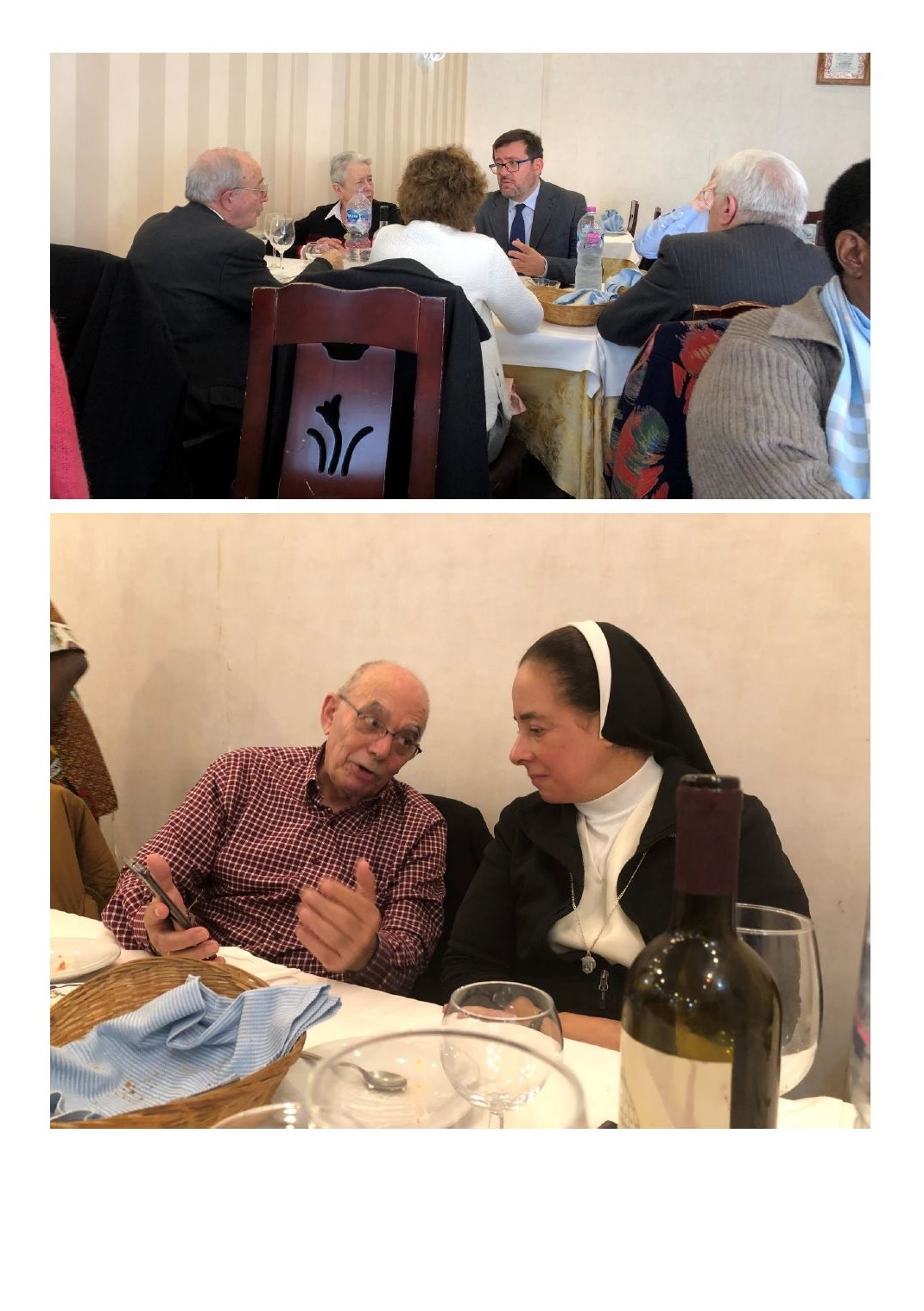 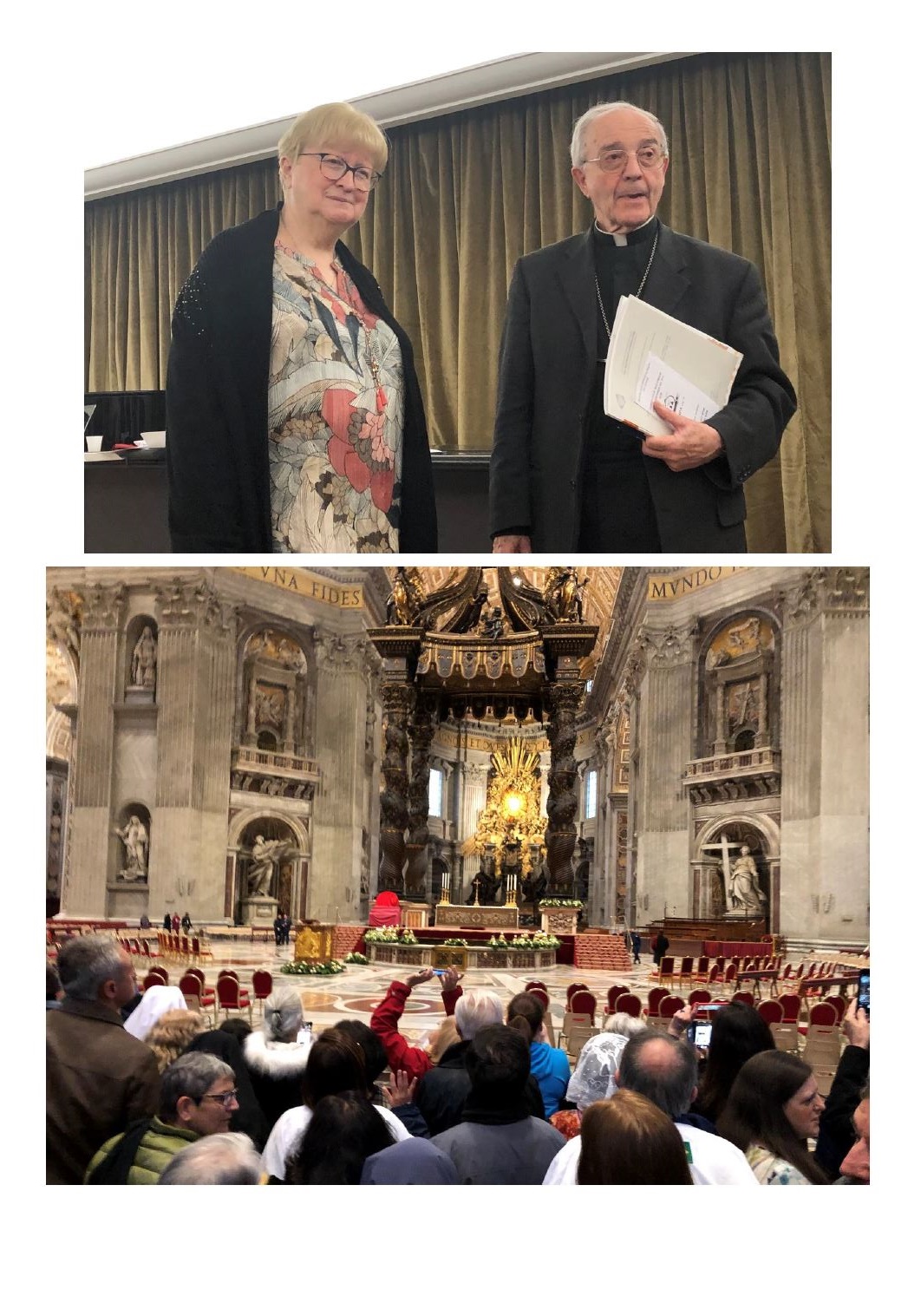 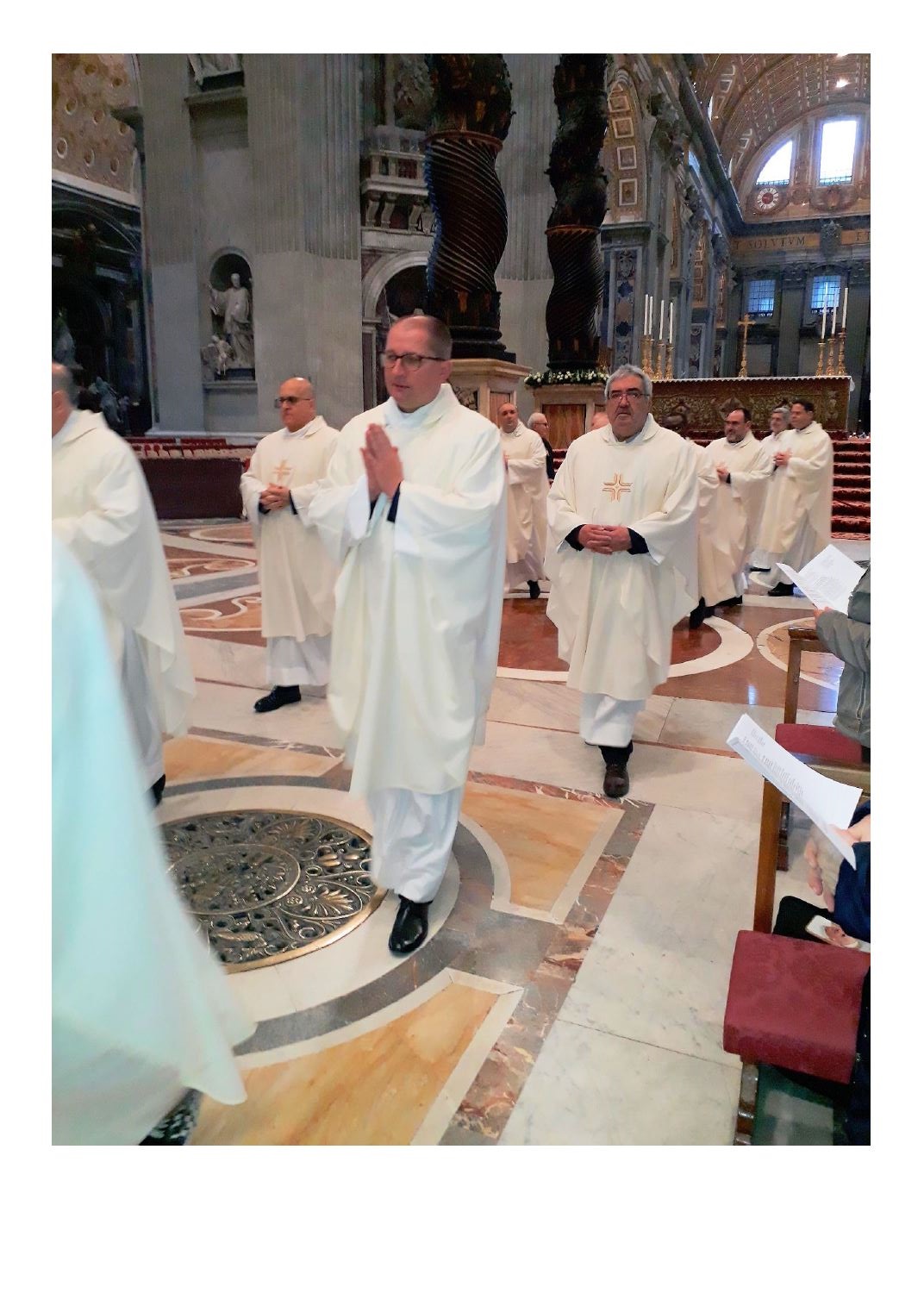 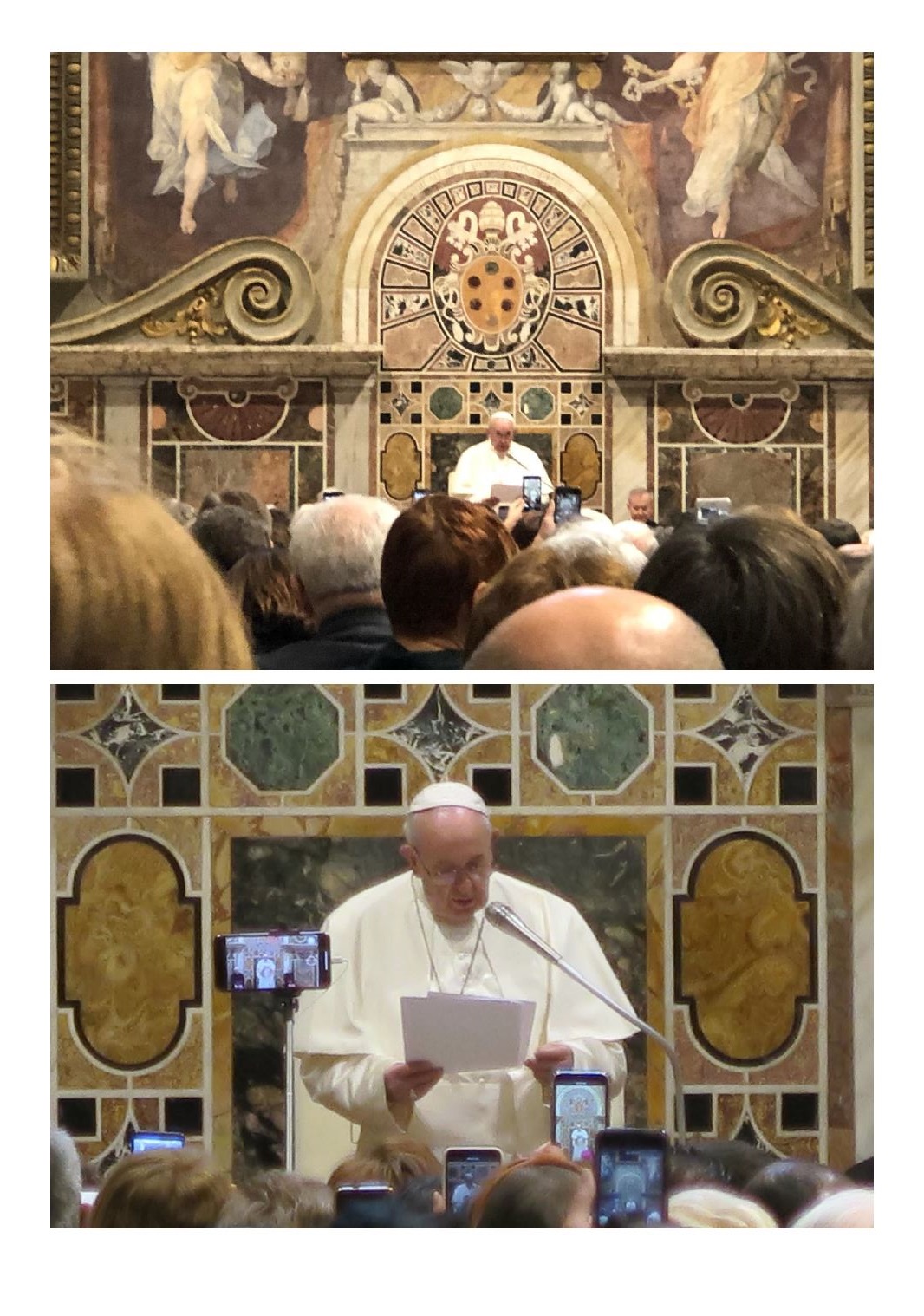